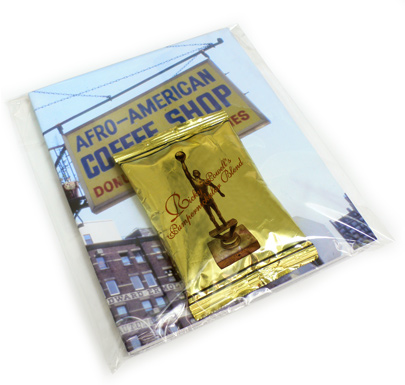 I’m sure there are people out there that know him a lot better, but in the past 10 years I’ve known him, I must say, there is no bigger fan of New York City (and its boroughs) than this dude.

Ricky’s the only guy that can make me feel like a tourist in my own city. Almost like a fucken stranger. He throws out names of local people and places that I sometimes make believe I know just so I don’t look like some punk. Most of these names are of people and places that have been here forever. They’re staples of NYC. Don’t get me wrong, he knows what’s going down right now also, but because he was born here, raised here, and has documented the city throughout it all, he can always ‘one-up’ you. And he can be a real fucken hater about it. Why? Because he knows better. He knows how New York was, and what it has turned into (“ain’t like it used to be”). He has proof. As you can see in his photos, he knows the heavy hitters and the bum at the corner, and to him, they’re both equally important. They’re both worthy when representing the city he loves.

By looking at all the flicks of his for published books, and the caliber of some of the people he’s shot, you’d think that he’s a man on the go, hustling all the time. But to tell you the truth, most days he doesn’t make it off his block. This guy is so laid the fuck back, you’d think you were on a fucken lude hanging with him.

His slides are in plastic bags scattered across his apartment that is so cluttered with NYC memorabilia, you’d assume that if you asked for a certain flick, he’d never find it (but every time I ask, he has it to me that day). He just got a cell phone, but only because someone gave it to him. And he doesn’t have a car or a bike, either. Even though people would think things like these would complicate their life, this is Ricky’s way of keeping shit simple. He has his system, and it works (as we all can see).

The only things I’ve seen him care about are: sports, animals, his friends, his camera, and puffing. Otherwise everything and everyone else can suck it. It’s a simple life that not only he, but also everyone around him feels comfortable with (thus allowing him to document some of the greatest people and moments in NYC culture).

Oh, and of course he loves New York City (he’s flicked it and its boroughs for the past 30 years). But that’s like saying he loves himself, because as far as I’m concerned, Ricky ‘is’ New York City. That’s who Ricky Powell is.