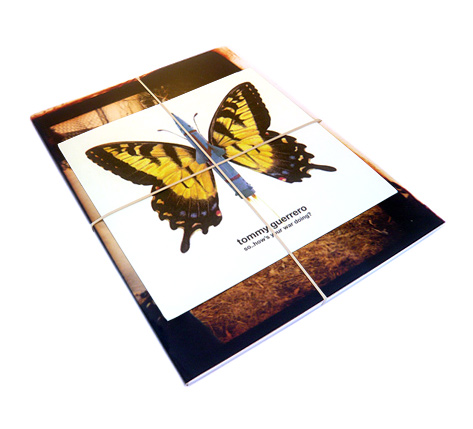 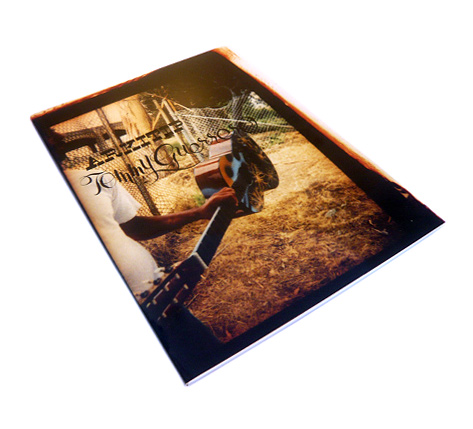 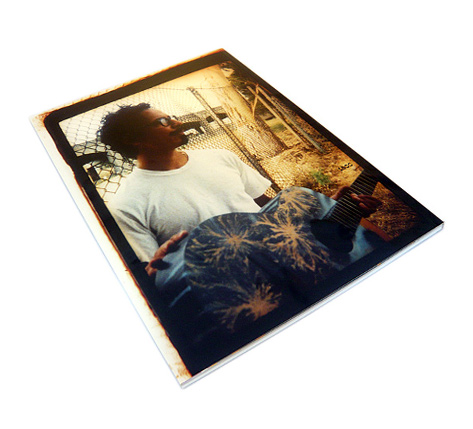 As a teen, Tommy Guerrero was one of the prominent members of the Bones Brigade, Powell Peralta’s professional skateboarding team that dominated the 1980s. He was well known for his seemingly effortless street skating in his hometown of San Francisco, which was depicted in most of the Brigade’s videos (Future Primitive, The Search for Animal Chin, Public Domain, and Ban This). After riding for Powell Peralta, Guerrero and Jim Thiebaud (a hometown friend and PP teammate) started the skateboarding company “Real.”

After his success in the world of skateboarding, he moved on to his second passion – music. Guerrero was a member of early skate rock bands Free Beer and the experimental group Jet Black Crayon, but has seen more success musically as a solo artist. His critically acclaimed albums, EPs, and singles combine various types of music from rock, rap, and funk to soul and jazz.

This issue edition will serve as a virtual scrap book; a sentimental gathering of images from past and present. We were lucky enough to be granted access to Tommy’s vault of uncommon memorabilia, private photographs, and to be able to share it with you. It also includes many essays from friends and peers that he has met along the way. We welcome you to take a look back at the images and rare ephemera that surrounded Tommy’s early career as a member of the Bones Brigade and pro skateboarder as well as his current life as a popular musician.

It will be the first time Arkitip has turned the entire issue edition over to one artist. While we can’t feature Tommy’s musical artistry on the printed page, we are offering it as the collector’s item for this issue in the form of a 7 In. of new recordings, produced exclusively for Arkitip and packaged with each issue edition. Because a life lived with style is an art form itself, the printed portion of the magazine is an expression how Tommy has been able to influence so many and continues to do so by example.

Packaged with:
Tommy Guerrero’s “How is your war doing” 7 In. record.
New unreleased tracks produced exclusively for Arkitip.

Signed by the artist
* Exclusive to Arkitip